During my time abroad I visited Madrid, Spain. I was in awe of the beautiful landmarks in Madrid as well as in its surrounding cities. Downtown Madrid has so many historic buildings and statues that I was lucky enough to see like El Oso y el Madroño. I also enjoyed that I could speak in Spanish with the locals which helped me find more places to visit. After visiting downtown Madrid I went to Toledo which is the former capital city of Spain. It has many medieval buildings and it is also fortified. After visiting Toledo I also took a trip to Segovia which is home to a former royal palace and a Roman aqueduct. Spain is a great place to visit as it has a lot of history and beauty. I would tell anyone going to Europe to make a stop in Spain! 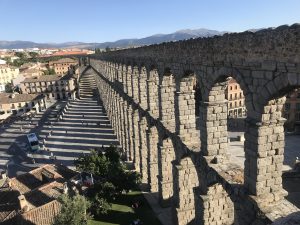 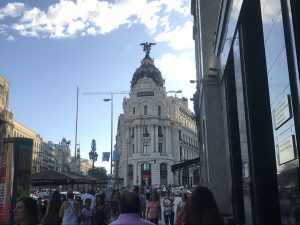 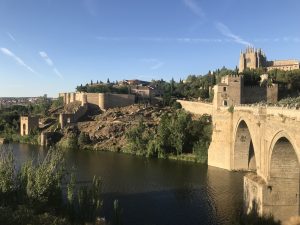